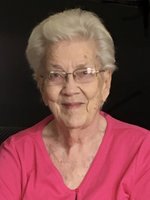 Obituary Elizabeth Irene Bernier, 82, passed away on March 12, 2019 in Tucson, Arizona. Ms. Bernier was born November 15, 1936 in Ogdensburg, New York, the youngest of five children born to Alvin Joseph Bernier and Marguerite (Sullivan) Bernier. She grew up in upstate New York, along the US/Canadian border and spent her summers on the St. Lawrence River, which instilled in her a lifelong love of water. A skilled athlete, Elizabeth loved swimming and diving and earned a spot on her college synchronized swimming team. She excelled at bowling and was an accomplished golfer, a skill she learned while caddying for her mother. Hailing from northern New York, not surprisingly, Elizabeth was also an avid ice skater, skating all winter every year. Elizabeth was a voracious reader, a lifelong learner, and had a passion for social justice. She attended St. Joseph’s School of Nursing in Syracuse, New York, earning an RN in Nursing in 1958. She then enrolled in Boston College earning a BS in nursing in 1961 and began her career working as an ICU nurse at Massachusetts General Hospital in Boston. In 1979 she completed an MSN at Boston University and later attended Harvard University where she earned a Master of Divinity in 1986 and her graduate thesis was “Sustained with Distinction.” Elizabeth served as Director of Counseling at Episcopal Divinity School in Cambridge, MA for five years and worked as a psychotherapist in private practice for many years. While attending Boston College, Elizabeth met Richard X. Connors, a law student at BC. The couple married and moved to Virginia where they settled in Falls Church and began raising a family. They relocated to the Boston area in 1970 where Elizabeth resided until she moved to Rhode Island in 2008. In 2018, Elizabeth moved to her final home in Tucson, Arizona where she cherished the natural beauty and wildlife of the Sonoran Desert. Elizabeth had many creative interests. An early love of piano was influenced by watching her older sister play. She took piano lessons as a child and later resumed lessons as an adult. She shared her love of piano with her children and was often heard playing tunes by Scott Joplin many evenings on the family piano. “Maple Leaf Rag” was one of her favorites. Elizabeth learned to paint with oil and watercolor and displayed her artwork in local galleries on the south shore of Massachusetts, where she raised her family. In her later years, Elizabeth enjoyed puzzles, the bigger and more complicated, the better. She was also a devout Red Sox fan. Her love for baseball was borne from time spent as a youngster, listening to radio broadcasts of the Braves with her mother, Marguerite. Elizabeth was especially fond of Red Sox announcing duo, Jerry Remy and Don Orsillo. Whether swimming across the St. Lawrence from Canada to the US as a teenager, spending time on the beaches of New England, or watching the dynamics of the changing light and colors of the water from the bay window of her home on Quincy Bay, Elizabeth was happiest and most content when she was on the water. Elizabeth is survived by six adult children, whom she identified as her greatest blessing in life, Julia Connors of Tucson, Arizona; Brian Connors (Marcia) of Chicago, Illinois; Mary Quarton (Chris) of Denver, Colorado; Dennis Connors of Tucson, Arizona; Patrick Connors (Kathy) of Barrington, Rhode Island; and Margaret Connors of Tucson, Arizona; her sister, Therese Patala of Melbourne, Florida; her brother, James (Jane) Bernier of Fernandina Beach, Florida; her grandchildren Nathan Quarton, Nicole Connors, Matthew and Dahna Connors, Deven Connors, Noah Quarton and Emily Connors. She is also survived by eighteen nieces and nephews. She was preceded in death by her parents Alvin and Marguerite Bernier, her brother Joseph Bernier, her sister Mary Ashley Sansoucy and her nephew, Stephen Ashley. Elizabeth wished to be cremated and her ashes will be interred in the family plot at St. Mary’s Cemetery in Ogdensburg, New York. Graveside services for Elizabeth will be scheduled later this summer. Requests for further details may be emailed to: jkconnors6@gmail.com To send flowers to the family or plant a tree in memory of Elizabeth "Liz" Irene Bernier, please visit our floral store.