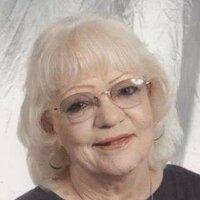 Patricia Lee (Amy) Bollinger, 79, passed away on Tuesday September 14th, 2021 at her home in Tucson with her daughter Nannette at her side.

Patty was born on December 12, 1941 in New Albany, Indiana to the late Helen and Oscar Amy. She was the oldest of three children.  Patty graduated from Tucson High School in 1959 and was employed at KVOA Television station, The State of Arizona and the American Red Cross.