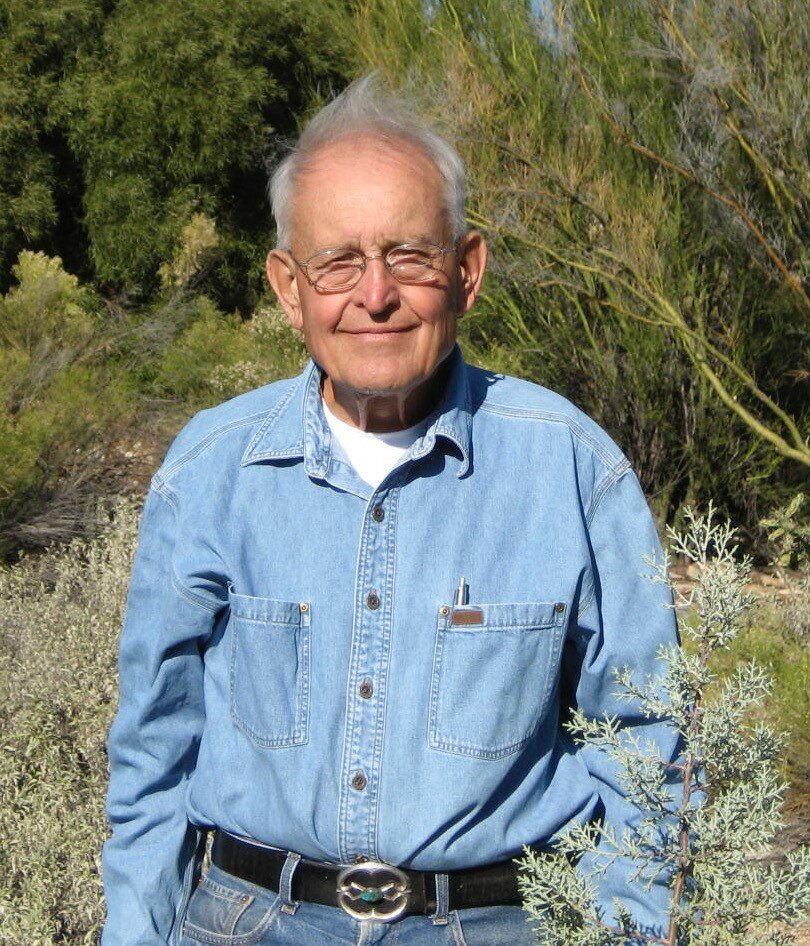 Larry Stanford Matthews, age 84, died on Saturday November 27, 2021, in Tucson Arizona. Surviving are his wife of 61 years, Rowena Green Matthews, two sons, Brian and Keith, and grandchildren, Jenni Niels and David. Larry was born on October 8, 1937, to Leahr Katherine Matthews and Gilbert Clinton Matthews. At the time, his two siblings, Clinton and Marie, were 31 and 28 respectively, so he was a bit of a surprise. In the doctor’s famous words, “the cancer has a heartbeat”. He spent his childhood at the farm owned by his parents in Boonville, Indiana.

He went to Harvard College in 1955, majoring in biochemistry. In his junior and senior years, he studied the effect of UV light on DNA under the direction of Julius Marmur and Paul Doty. Francis Crick was the external reader of his undergraduate thesis, and he graduated with honors. He received an Edward John Noble Foundation Fellowship to attend Harvard Medical School in 1959, receiving his M.D. degree in 1963. He married a Radcliffe classmate, Rowena Green, in 1960. Larry moved to Ann Arbor in the summer of 1963 for an internship in surgery at the University of Michigan Medical School, followed by residency in Orthopaedic Surgery. His training was interrupted by the Vietnam War, when the Doctor’s draft resulted in his being sent first to Fort Jackson, South Carolina, where his son Brian was born in 1964, and then to An Khe Vietnam, where he served at a base hospital for the First Cavalry Division. Following his return to residency, Larry received a National Institutes of Health Special Research Fellowship to study biomechanics with Carl Hirsch in Stockholm Sweden. His son Keith was born in Stockholm in 1970.

Larry returned to Ann Arbor in 1971, where he joined the faculty of the Department of Surgery. During his tenure there, in collaboration with David Sonstegard, an engineer, and Herbert Kaufer, another orthopaedic surgeon, he developed the Spherocentric Knee, a total knee replacement that was featured on the cover of Scientific American in 1978. Over the course of

his career, Larry once estimated that he had performed more than 5000 total hip and total knee replacements and he held numerous patents for orthopaedic devices. He served as Head of the Section of Orthopaedics from 1986 to 1995, and as the Director of the Orthopaedic Surgery Residency Program from 1986 until his retirement in 2002. He was elected a Fellow of the American Orthopaedic Association and the American Surgical Association. In 1990, he and colleague Steve Goldstein received the Kappa Delta Award from the American Academy of Orthopaedic Surgery. He also served as Secretary (1991-93), Treasurer (1993-95) and Chairman (1995-1996) of the Board of Trustees for the Journal of Bone and Joint Surgery.

In his spare time, Larry especially enjoyed building and flying gas-powered model airplanes, a sport that he shared with his sons. He was an enthusiastic amateur birder and gardener, and no summer day was complete without a walk around the garden, preferably with a glass of wine in hand. When he retired in 2002, he and Rowena bought a house in the foothills of the Catalina Mountains in Tucson Arizona. Initially they spent winters there, but in 2020 moved permanently to Tucson. They enthusiastically embraced the desert environment, participating in cactus rescues organized by the Tucson Cactus and Succulent Society, and volunteering in plant propagation at the local botanical garden Tohono Chul. Many who read this obituary will remember dinners on their patio, with its beautiful view of the Santa Catalina mountains.

To plant a beautiful memorial tree in memory of Larry Matthews, please visit our Tree Store