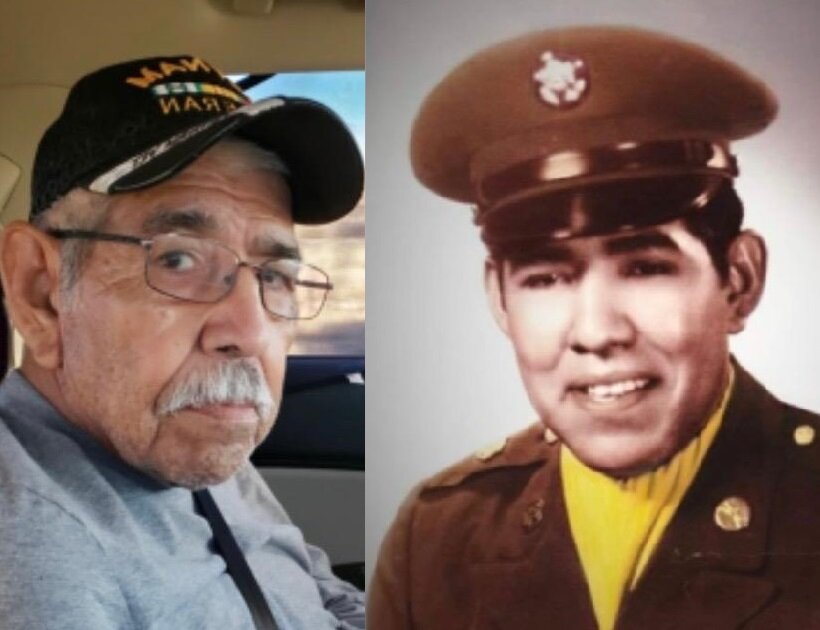 Juan P. Cisneros, 76, passed away on December 9th, 2022. He was born to Senaida Portillo and Jose Cisneros in Douglas, Arizona, on April 13, 1946. At the age of two and four, Juan and his only sibling, Jose, lost their mother and were raised by their Aunt Rosa Portillo. In 1985, Jose was killed in the line of duty for the Solano County Sheriff's Department in California.

He graduated from Douglas High School in 1966. He enlisted and served in the Army from 1966 to 1972. He was a helicopter mechanic, reached Sergeant rank, was in the 1st Calvary Division, did one tour in Vietnam, and received several medals: the National Defense Service Medal, Vietnam Service Medal, Vietnam Campaign Medal, three Bronze Star Air Medals, and the Two Oak Leaf Clusters. Upon discharge, he continued to work as an aircraft mechanic in Fort Huachuca.

In 1973, he started his 30-year career with the City of Douglas as an auto serviceman, then was promoted to a mechanic, and later promoted to foreman in the Vehicle Maintenance Shop and the Sanitation Division. After retirement, he served as a Sunnyside Fire Department volunteer for 10 years and reached Captain rank. Then, he joined the Arizona Rangers and reached Sergeant rank. As a veteran, he performed many military services for the community as an American Legion Post 11 Honor Guard.

Juan enjoyed coaching termite and little league baseball, camping, hunting fishing, competitive bowling, planting fruit trees, and making beef jerky. As busy as he was, he always found time to chaperone DHS band events for his children, Jamin and Jennifer, and attend athletic events and dance recitals to support and cheer for his grandchildren. He enjoyed watching sports and was a fan of the Pittsburgh Steelers and any sport that the Arizona Wildcats played.

Along the way, he felt very blessed to have made many long-lasting friendships and family time memories and served the Douglas community. He was very thankful to have been able to spend time and care for his grandson, Benicio. Most importantly, he faithfully attended worship service for many years at the Church of Christ, and late in life, he chose to be baptized.

A memorial service will be held on February 4th, 2023 at 10:30am at the Church of Christ located at 1101 E. 14th Street, Douglas, Arizona. Burial to follow at Calvary Cemetery.

To plant a beautiful memorial tree in memory of Juan Cisneros, please visit our Tree Store

Share Your Memory of
Juan
Upload Your Memory View All Memories
Be the first to upload a memory!
Share A Memory
Plant a Tree