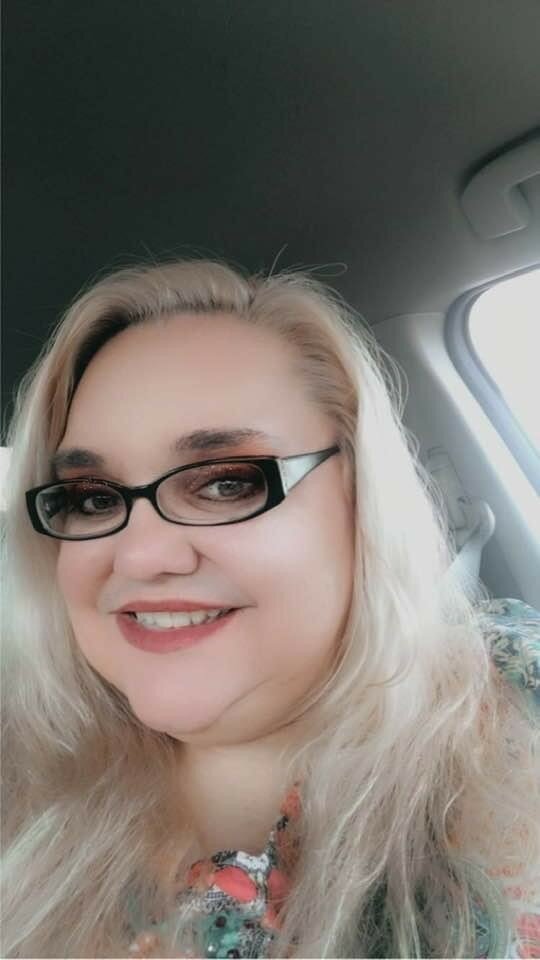 Brigetta was born on October 16, 1972 to Wilford (Bill) and Jennifer (Jenny) Stoker in Ogden, UT. Brigetta graduated from North Scott High School (Eldridge, IA) in 1990 and went on to attend Ricks College in Rexburg, ID, graduating with an associates degree in Fashion Merchandising.

Brigetta met Keith Jasper on June 4th, 2003 and their relationship has always been kismet. They had one of the original online courtships by meeting through Yahoo messenger. Brigetta’s family thought she was nuts for going and meeting someone she met “online” but Brigetta knew that fate was on her side. From the beginning they knew they had met their soulmates. Keith proposed to Brigetta (officially) on August 9th, 2003, and they tied the knot on March 20th, 2004 in DeWitt, IA. Brigetta’s dad, Bill, performed the service and was actually more nervous than the groom. Brigetta had to remind her dad that she was marrying “Keith Jasper” and not some random stranger named “Keith Alan Jackson”. They recently celebrated 18 years of marriage.

Brigetta was an amazing boss. She was firm, but fair. She worked hard and inspired the best from those she worked with. She spent most of her career in customer service. Most recently she worked as an Operations Manager at AGERO. She met many great friends throughout her career and has cherished those relationships.

Brigetta and Keith discovered early in their relationship that they had an affinity to spoiling those that they love. They loved buying gifts for their nieces and nephews. Early in the relationship they learned that they both used similar names to sign their Christmas gifts. Keith chose “Santa Keith” and Brigetta chose “Getta Claus”. So, it was easy to come together and sign their gifts once they got married.

In Brigetta’s spare time she loved spending time with her family and most especially, her husband Keith. Even though she was never able to have her own children, she leaves behind many nieces and nephews that adore their “Aunt Getta”. She was an avid collector of miniature purses, miniature shoes and porcelain dolls. She had a huge heart and would give the shirt off her back to anyone that needed it.

Brigetta is survived by her husband, Keith Jasper; her parents Bill & Jenny Stoker; her siblings Kris (Angie) Stoker, Natalie (Mark) Van Osdel, Bryan (Allison) Stoker, and Doug (Becca) Stoker and her many nieces and nephews that were the joy of her life. She was preceded in death by Keith’s parents, Ross & Carol Jasper, her paternal grandparents, Glen & Melba Stoker, and her maternal grandfather Cyril Call.

To plant a beautiful memorial tree in memory of Brigetta Jasper, please visit our Tree Store

Share Your Memory of
Brigetta
Upload Your Memory View All Memories
Be the first to upload a memory!
Share A Memory
Plant a Tree