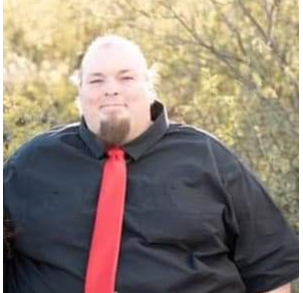 Ivan was born on December 14, 1982 in Mesa, Arizona to Nancy Jane and Richie Church. His grandmother, Eva Oglesbee, helped raise Ivan and they shared a special bond. The family moved from Arizona back to Ohio. Ivan graduated from Hurricane High school in 2001 and attended Dixie College for a few semesters before being called upon to serve a mission.

Ivan was called to serve in the Indianapolis, Indiana mission for the Church of Jesus Christ of Latter Day Saints for two years. He taught others about the gospel and encouraged them to attend church, helping others be baptized within the church.

In 2016, Ivan met his second wife, Iesha, and they later married in 2018. In his life, Ivan enjoyed playing Magic, Dungeons and Dragons, going to the renaissance festival, and spending time with his family. Because of his mission, he always enjoyed serving others which promoted him to work in customer service most of his life.

Ivan is survived by his wife, Iesha; two children, John and Naomi; his mother, Jane; three siblings, Star, Matthew, and Vernon; nieces and nephews, Ivante, ZaMya, TJ, and Little Dennis, and as well as several cousins.

To send flowers to the family or plant a tree in memory of Ivan Church, please visit Tribute Store
Monday
16
May

Share Your Memory of
Ivan
Upload Your Memory View All Memories
Be the first to upload a memory!
Share A Memory
Send Flowers
Plant a Tree