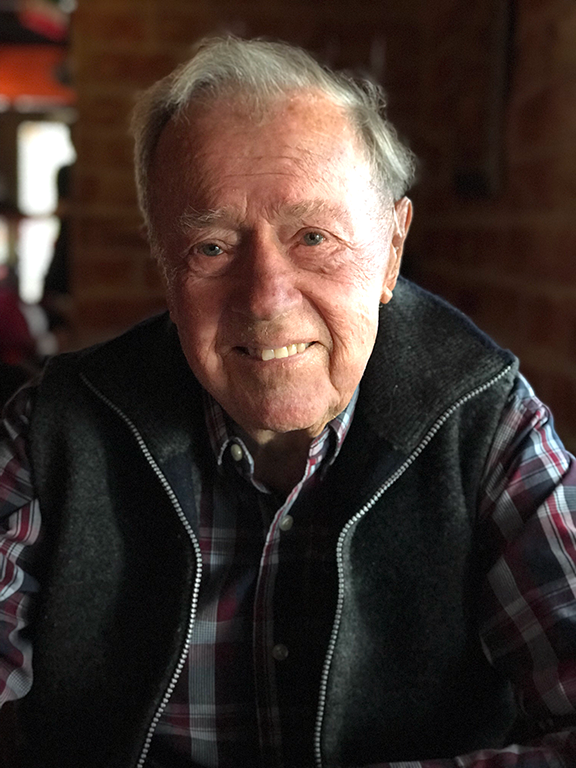 Stephen Chalmers Mahoney, Sr., age 93, finished his journey in Green Valley, Arizona on May 16, 2022. Born April 11, 1929, in the Philadelphia suburbs, Steve spent most of his childhood in Jenkintown, Pennsylvania surrounded by a loving extended family. Upon graduating from Jenkintown Highschool, he was drafted into the US Army and served his country from the Pentagon during the Korean War. After discharge, he attended Drexel Institute of Technology earning a Bachelor of Science degree in Business Administration in 1956.

Steve met his wife, Regina (Ginny) Jarvis Mahoney “down at the shore” near Ocean City, New Jersey and they were married in 1959. Together they raised three children, divorcing after thirty-two years of marriage, but remained good friends.

Steve started his career in industrial sales working for Yale & Towne, then onto SPS Technologies where he spent much of his career as a regional sales manager selling industrial fastener products from New York and Pennsylvania to Texas, Michigan, and Illinois, finally settling in Carmel, Indiana where he finished his career as an independent manufacturer’s representative. He was particularly proud of his involvement in selling SPS Technologies aerospace products to NASA and that they were part of the first Space Shuttle.

Upon retiring, Steve moved to Green Valley, Arizona where he enjoyed an independent and very active lifestyle as an avid birder, visiting spots throughout southern Arizona, New Mexico, Texas, Alaska, and various states in Mexico where he chased new birds to add to his life list. He also enjoyed weightlifting, swimming, and was a voracious reader of historical biographies and fiction. Steve was a frequent visitor and loved practicing his Spanish with the kind and patient people of Nogales, Sonora Mexico.

Steve is preceded in death by his parents, his brothers Peter and Carl Mahoney and his ex-wife Regina J Mahoney. He is survived by his children Elizabeth L Mahoney, Stephen C Mahoney, Jr (Maureen), Andrew K Mahoney and his grandchildren Taylor Mahoney, Meaghan Mahoney, and Anthea Mahoney.

At the age of 85, Steve told his children that he'd had a great life and that if he died tomorrow, he'd die a very happy man. Here's to a happy life as "The sun always shines on Steve Mahoney."

A service and private scattering will be help by Stephen's immediate family later this summer. Donations may be made to Friends of Madera Canyon or Tucson Audubon's Paton Center for Hummingbirds | Tucson Audubon Society.

Share Your Memory of
Stephen
Upload Your Memory View All Memories
Be the first to upload a memory!
Share A Memory
Plant a Tree