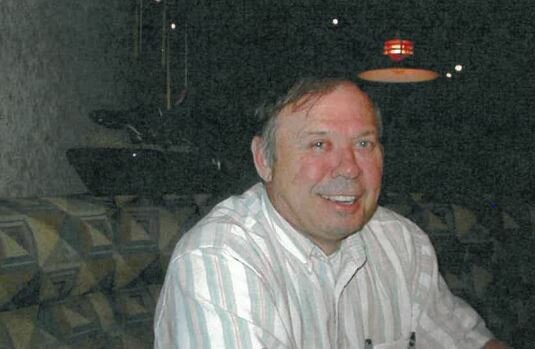 Obituary of Robert Will Harris

Robert Will Harris, born August 9th, 1944, passed away Tuesday, July 26th, 2022 in the comfort of his home, in Tucson Arizona, surrounded by family.

He is survived by his wife (Sue), three sons (Will, Dirk, and Stefan), five grandkids (Andrea, Kath, Draven, Wren, and Logan), and sister (Delta).

Bob lived an adventurous life, full of opportunities. He grew from a small boy, helping his father move free standing homes and breaking horses, to an ever evolving career in technology.

He and his family travelled all over the U.S. He took jobs that varied from college professor (with an honorary degree) to coding and repairing mining equipment systems to repairing government computers in the U.S.A.F. After retiring from HP Computers, he settled comfortably into his golden years.

Bob always stood up for what was right and often took on the fight against authority figures and Goliath-like bullies for his fellow working-man, even when that meant being arrested in the 1983 Morenci Mining Strike. Later, he’d be commended by the local newspaper for his tenacity and diligence in exposing systemic fraud from the Tucson Utility Company. He was able to get thousands of dollars refunded to his neighbors. He spent the better part of his retirement fighting to save the scenic Santa Rita Mountains from the ravages of Rosemont Copper Mine.

In his downtime, he loved travelling the world with his beloved bride, Sue. He loved experiencing different lands, cultures, and people. He’d share photos and videos from these travels with great enthusiasm and excitement. He even started his own video and photography company. He enjoyed taking his grandkids on camping and fishing trips. He always had fun trivia information about the stars and universe. He also delighted in giving mini history lectures to all of his kids.

He lived a full life, without regrets. He was always quick to lend a helping hand. To simply say that Bob will be missed is an understatement. The world is a little brighter because of him. On July 26th, he ended his final fight with Parkinson’s disease and kidney disease.

So in his honor, toss back a shot of tequila to a man who truly lived life to the fullest.

To plant a beautiful memorial tree in memory of Robert Harris, please visit our Tree Store

Share Your Memory of
Robert
Upload Your Memory View All Memories
Be the first to upload a memory!
Share A Memory
Plant a Tree