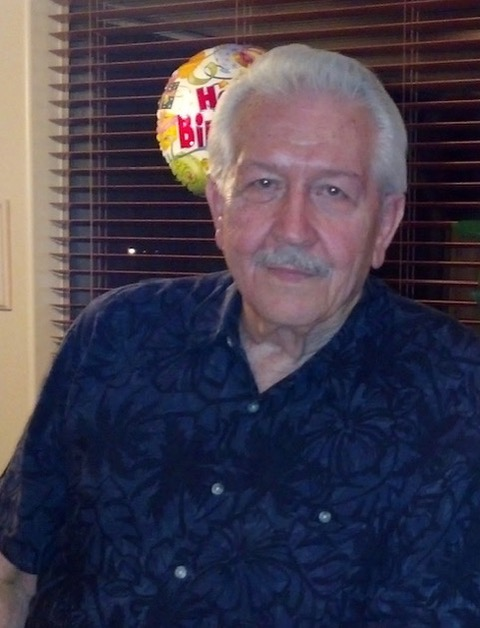 Fred Alonzo, a longtime resident of Tucson, Arizona, received his heavenly wings on November 23, 2020 due to complications of Covid-19.  He was received by our Savior into Everlasting Life.

Fred was born in Amarillo, Texas on August 14, 1939 to Mary Lorraine Hudson Alonzo and Leopoldo P. Alonzo.  We know his parents and siblings welcomed him with open arms when he appeared at Heaven’s Door.

As a young child, Fred and his family lived in Earth, Texas where his parents owned an ice cream shop.  His parents divorced and his mother later remarried an Air Force man, Leonard Mazurkiewicz.  The family moved to Germany where Fred and his sisters attended school in Kaiserslautern.  They returned to the USA in 1958 where Fred completed his senior year, graduating from Tucson High School.

In 1975 Fred married DeAnn Hargraves Nelson.  During their marriage of almost 46 years Fred was step-father to Wyndi Nelson Ross (James).  Fred and DeAnn were blessed to welcome another daughter into the world in 1978, Angela Dallas Alonzo.

Fred began his career of almost 37 years at Tucson Gas and Electric Company.  He retired from Tucson Electric Power in 1996.  For many years he held a second job at night and on weekends as manager of the old Catalina Theater in Tucson.  One of his fondest memories was receiving a kiss on the cheek from Elizabeth Taylor during her premiere appearance of the movie “Around the World in 80 days.”  Fred also had fond memories of managing a singing group, The Relatives.  During his career he also managed a security crew for the University of Arizona local athletic events and concerts.  He loved the Arizona Wildcats and cheered them on his entire adult life.  His favorite football team was the Dallas Cowboys.

Fred will be missed every day by his family and the many people he met and worked with over the years.  He will be remembered by all as a kind, compassionate and loving husband, father, grandfather, great grandfather and friend to everyone he met.  No services are planned at this time due to COVID.  A family celebration of life will be held at a later date.  Fred,  May God Bless You and give you Peace Forevermore.  Until we meet again!

To plant a beautiful memorial tree in memory of Fred Alonzo, please visit our Tree Store