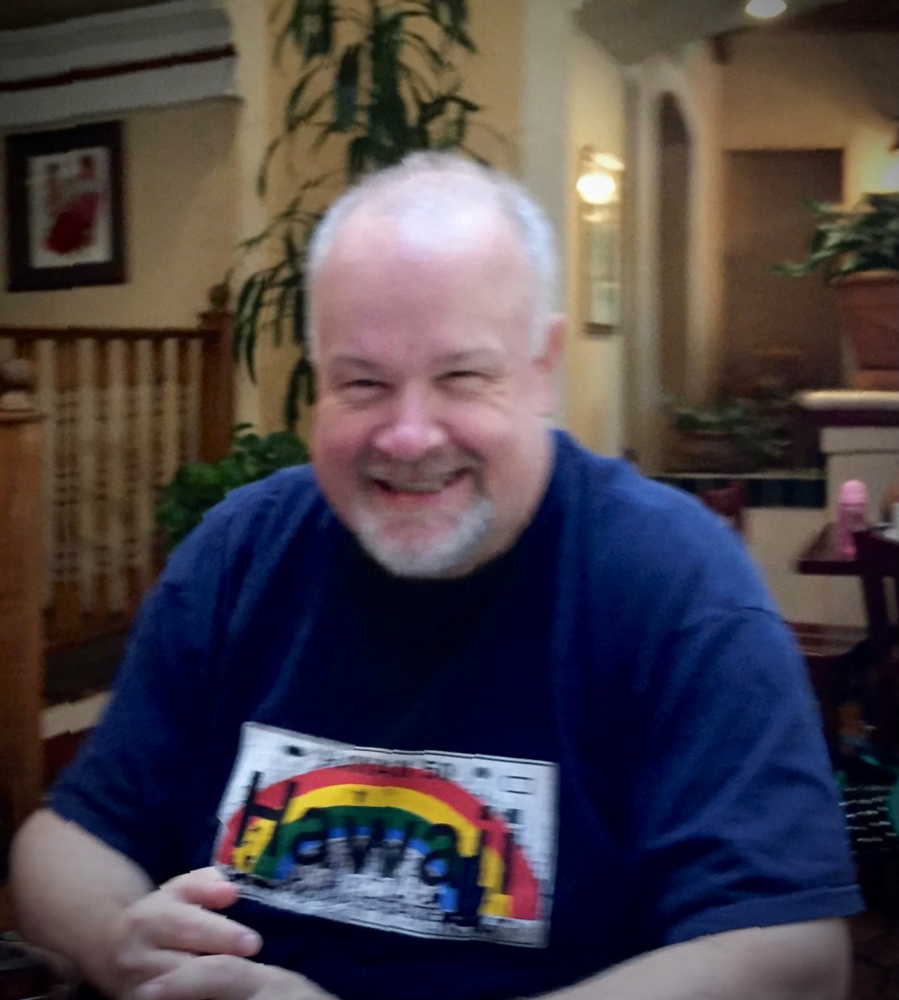 On Monday, January 11, 2021, Troy William Warman, loving husband and father of two children, passed away at the age of 59.

Troy was born on June 23, 1961 in Sheffield Lake, OH to Robert and Jean (Atkinson) Warman. He received his Associate in Arts degree – Liberal Studies Honors from Mission College in Santa Clara, CA in 1997, and he worked within many financial institutions in their IT department. In 1989, he married Teresa (TC) McCarthy and they raised two sons, Travis and Tyler. In 2015, he married the love of his life, Dennis Keefe and lived happily ever after.

In his younger career at National Semiconductor, Troy and his team helped many local elementary schools set up their networks for their computer labs.  Troy also helped save many exotic parrots, bringing them from sickly bald birds to healthy beautiful pets.  In his later years, Troy and Dennis started a Tie-Dye business and they created many beautiful pieces.

Troy was preceded in death by his father, Robert, and his mother, Jean. He is survived by his ex-wife TC, his two children, Travis and Tyler, his husband, Dennis, his sister Tracy Warman-Gries, and several cousins, nieces, and nephews.

Troy did not want a service, so the family is honoring his wishes by distributing his ashes in Maui.  Donations can be made in his honor to the American Cancer Association.

To plant a beautiful memorial tree in memory of Troy Warman, please visit our Tree Store