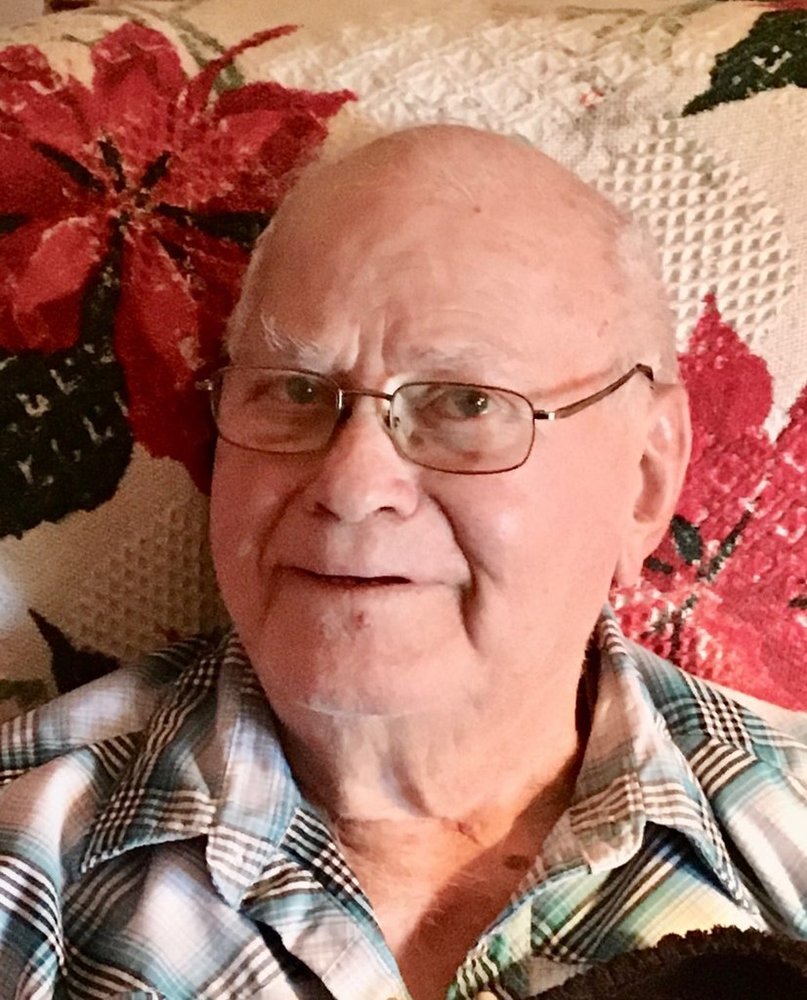 Harold James Reimann passed away on February 18, 2021 in Green Valley AZ with his wife Nancy at his side. He was 89 years old.

He was born in Arena WI on Sept 9, 1931 to Herman and Melba Reimann. He attended Arena schools and graduated from Arena High School in 1949. On August 4 1950 he married Marjory White and together they had 6 children. Harold worked on the family farm in Arena until 1957 when the family moved to Madison and he worked at Truax field where he was a part of the maintenance department. He then was self-employed with Green Rug Landscaping and later worked in sales for Lely Corporation. After he retired in 1995 he and Marge enjoyed camping and traveling with friends including to Arizona for the winter.

After Marge passed in 2004 he met and married Nancy Schafer on December 3, 2005 and for the last 15 years they have spent the summers in Wisconsin on the farm in Arena and the winters in Green Valley, Arizona. This brought together the Reimann and Schafer families.

Harold was known for his outgoing personality and his love for his family and farming. Most of all he was known as a strong believer in Jesus Christ as his personal Lord and Savior. He gave his life to the Lord at age 12. He shared his faith often and was involved in a number of churches in his lifetime. He was a founding member of what is now Highpoint church in Madison, WI. Most recently he attended Arena Bible Church in Wisconsin and the Evangelical Free church of Green Valley. Up until recently he continued to lead bible studies in his home. His passion was to help others come to know Jesus as Lord.

Also surviving are the four Schafer step sons Gene, Tim, Ben and Nathan and their families.

He is preceded in death by his first wife Marjory and a daughter Nancy Ann (infancy), his parents and his sister Ruth.

A service will be held at Evangelical Free Church of Green Valley, Arizona at 10 am on March 13th.

A memorial service will be held in Arena WI on May 8th. More details to follow.

To plant a beautiful memorial tree in memory of Harold Reimann, please visit our Tree Store