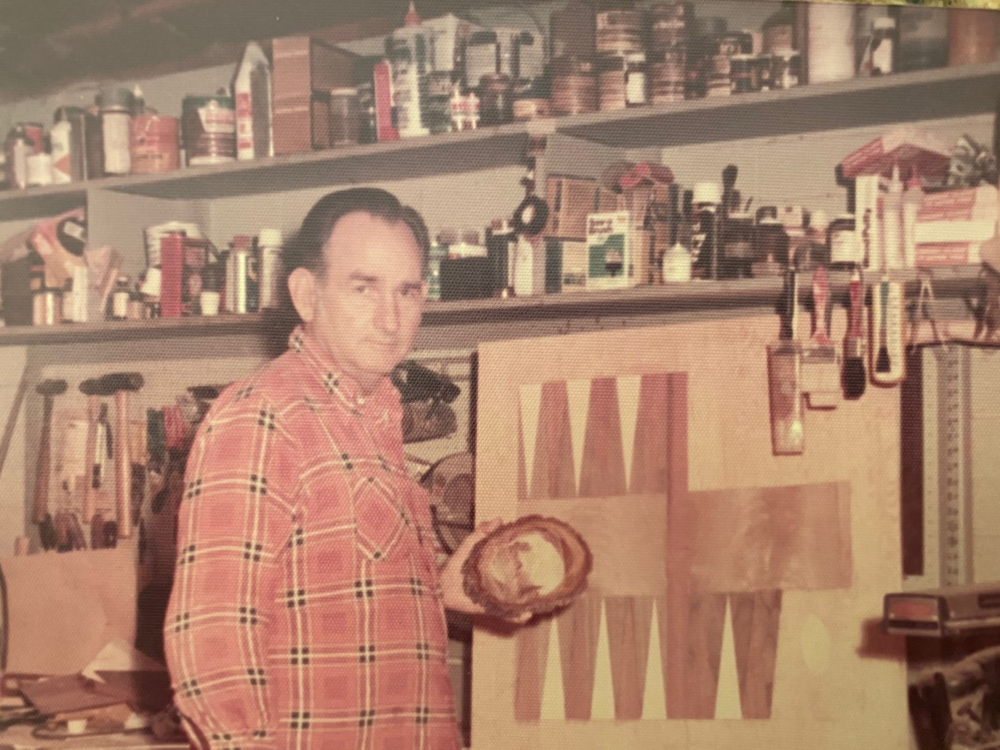 Raymond Whisnant passed away February 21, 2021 just shy of his 97th birthday. Ray was born March 7, 1924 in Douglas, Arizona, to Arthur and Icy Whisnant.

“If you can sit down, sit down. If you can lay down, go to sleep.” He lived by this advice, which he received in his early days, on the railroad, but it in no way limited his accomplishments. Ray was a horse wrangler, the floor supervisor at a roller rink, drove a beer truck, worked for Douglas Aircraft, served in the US Navy during World War II as an aviation metal smith and finally worked 35 years for the Southern Pacific Railroad. Ray had as many captivating hobbies as he did jobs. He achieved a level of mastery in all of his pursuits, which included photography, gardening, painting, calligraphy, leather work, woodwork, gun smithing, flying a plane, owning a racehorse as well as building and flying radio-controlled planes. Ray's abundant life's worth of jobs and hobbies provided him endless material for the wonderful stories he loved to share with his many friends and family members.

As full as his life was, Ray's ultimate passion was his love for his family. He was preceded in death by his parents and his siblings Gladys Whisnant, William Whisnant and Ruthie Whisnant Chaney. He is survived by his wife of 68 years, Shirley Whisnant, daughter Sheri (Ron) Marlin, grandsons Andrew (Nicole) Marlin and Philip Marlin, along with many nieces and nephews.

A graveside service will be held at the Calvary Cemetery in Douglas, AZ, on March 27, at 11:00 a.m. Pastor David Taylor, officiant.

To plant a beautiful memorial tree in memory of Raymond Whisnant, please visit our Tree Store