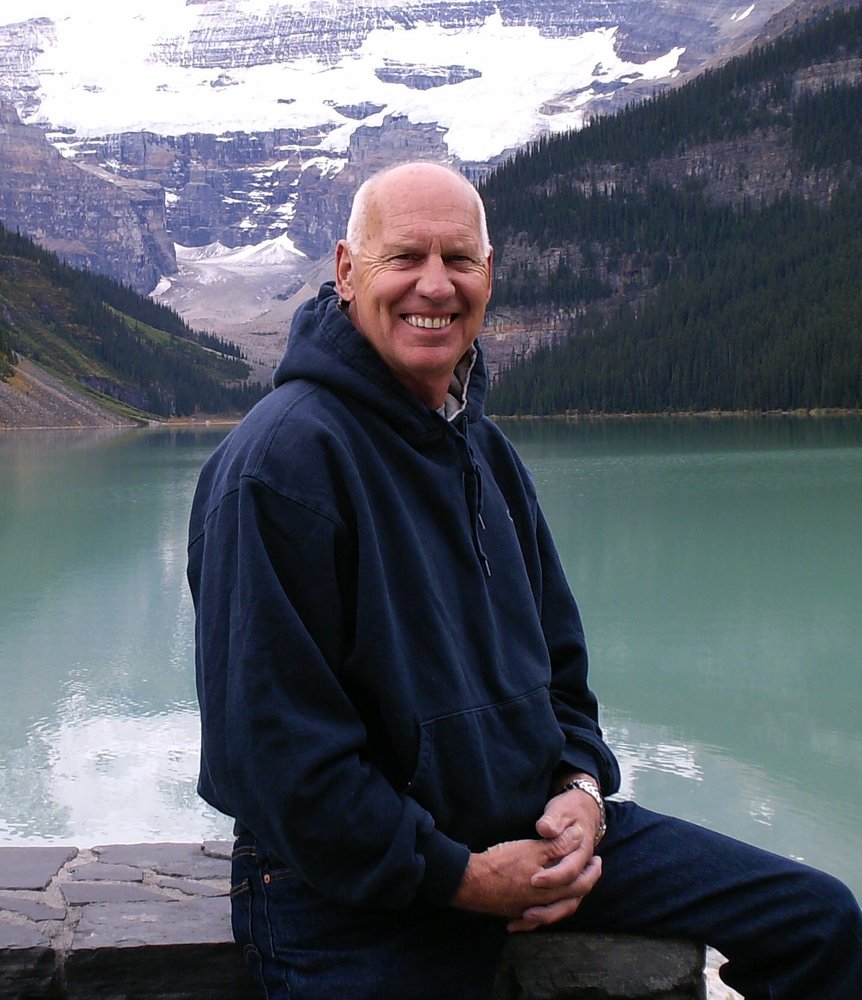 Bruce William Paulsrud was born March 2, 1939, in Eau Claire, WI, where he lived most of his life. He passed away peacefully at his home in Tucson, AZ, on May 29, 2021, with his loving wife Shirley at his side.

Bruce was a kind, thoughtful man who exceeded expectation when helping others; it is what made him the special person that he was to so many friends. He was also a renaissance man known for his humungous peanut butter chocolate chip cookies, Thanksgiving pumpkin pies, and eclectic copper folk art creations.

He grew up on the north side of Eau Claire and spent many summers on his uncle's farm in Chetek. He graduated from Eau Claire Senior High School in 1957 and then served in the US Navy as an aviation mechanic and occasionally flew with Commanders on special assignments. Returning home, he worked at Armour Meat Packing and the Paper Mill before he began a career as a "tinner" (as they called them) for Utility Sales. As foreman, he oversaw the installation of heating and ventilating in commercial jobs such as River Falls High School & the Mall of America.

He was then hired as Maintenance Supervisor of the trades and yard crews at Uniroyal Tire Company until his retirement. During his time there, he joined their Toastmasters Club to improve his speaking skills and served as President of the Ambassador Club.

In 1967, he met Shirley Ross and after only 6 months of courtship he asked her father for her hand in marriage. He was always a true gentleman in every way and they were together over 54 years until his passing.

After two children became a part of his life, Bruce was active in coaching and umpiring for baseball and softball. He also announced for boys & girls North High School basketball games, served as president of the Seymour Ball Clubs, and proudly displayed his trophies for bowling two 300 games.

Bruce and Shirley traveled
extensively through the years until 2010 when they decided it was time to snowbird and settle for the winters and found the many activities at Tucson Estates fit their lifestyle. Bruce loved to golf, spend time in the pool hall, attend the dances, and play cards in the community center.

Living with primary progressive aphasia for the last decade made it hard and then impossible for Bruce to talk with people clearly, but it didn’t dim his warm smile or diminish the hearty handshake with which he greeted those who came to say hello. Even after his dementia advanced, he continued engaging with others in his own direct and endearing way. The family wishes to thank everyone who spent time with Bruce in the past several years, making sure he was part of the conversation and the community.

A celebration of his life will be Sun., Aug. 8, 2021, at the VFW on Starr Avenue in Eau Claire, WI.   Visitation will be at 11:30, program at 12:00, with lunch & music to follow. In lieu of flowers or a memorial contribution, we request you share a story or a memory of Bruce with us in any way that is possible for you.

To plant a beautiful memorial tree in memory of Bruce Paulsrud, please visit our Tree Store