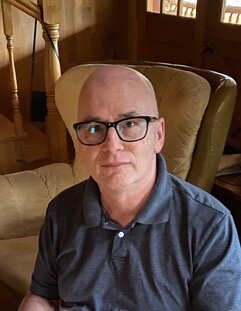 On Monday, April 25th, 2022, George John Gerbi was called home at the age of 64. The world has lost a great friend, brother, husband, and dad.

George was born in Sacramento, California, on April 18, 1958. After being moved around to several different states as a youngster, often without warning, George finally settled in Tucson, AZ where he spent the last 49 years. Young George was obsessed with the military. He eventually enlisted in the United States Army where he worked up the ranks of a Sargent, but discovered it was not for him and was honorably discharged. He became an Army Reservist while he attended the University of Arizona and received a degree in Bachelor of Science in Business Administration: Management Information Systems. He worked as a Senior Information Service Technician and Projects Manager for Ernst and Young Tucson for 15 years, changed his specialty to Software Developer and continued to work another 18 years for Sigma Data Systems/CPS Human Resources and NEOGov.

A few of George’s passions were eating at Diners, Drive-ins, and Dives restaurants wherever he traveled, playing cards and board games, snow skiing, watching good theatre musicals, reading a great detective book, watching TV in the wee small hours of the morning, being a very active high school football and band dad for his children, singing in the local men’s barbershop chorus and several quartets (what a voice), and being his wife’s number one cheerleader and fan for her barbershop quartets and choruses.

If you asked George, his greatest accomplishments were getting married to Molly (McBride) and having 2 beautiful children, Qwentin and Brianna. George met his wife Molly through his sister’s (Katie Dameron) local Tucson Desert Harmony, Sweet Adelines Chorus. It was harmony and love at ‘second’ sight.

George is survived by his brother Paul Huft (Rose), sister Kelly Borseth (Jim), sister Katie Dameron (Tom), son Qwentin Gerbi, daughter Brianna Gerbi, many loving brother-in-laws, sister-in-laws, nieces and nephews. He is preceded in death by his mother Gloria Gerbi, father George Gerbi, Sr., and his brother Mark Huft. George’s family will be holding a private family Celebration of Life. To honor George’s memory, play cards or a board game by the rules (McBrides never could), enjoy a meal at your favorite restaurant or try to be the first one in line at a family meal. George was a master. We will miss you, George!

Share Your Memory of
George
Upload Your Memory View All Memories
Be the first to upload a memory!
Share A Memory
Plant a Tree