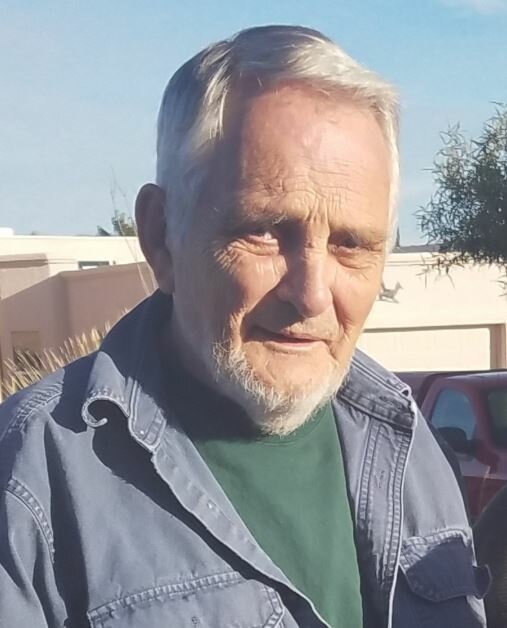 Obituary of Donald B. Georgia

Don grew up attended high school in Owego, New York. He joined the Navy at the age of 17. He served on the USS Valley Forge L PH-8 from October 1959 October 1963.

After his time in the military, he moved to Phoenix, AZ to start his own air conditioning business. Later Don moved to Flagstaff, AZ to work for NAU as their HVAC Supervisor from 1979 until his retirement in 2001. While living in Phoenix, he met and married Sally Wall. They married on December 22, 1972 and were together until her death in February of 1997.

Don moved to Glen Allen, Missouri in 2001 and married Charlotte Seabaugh on February 27th, 2003. They enjoyed 18 1/2 years of marriage. While living in Missouri, Don enjoyed yearly visits with his daughter Debbie and his grandchildren Chase, Timmy, and Kelli. He also enjoyed time with his extended family in Missouri. Don and his stepson Travis had some adventures in finding antique tractors and old antique signs, which they thoroughly enjoyed together. In 2014, due to his health reasons, Don and Charlotte moved to Arizona so he could be closer to his immediate family.

In his free time Don was an avid restorer of John Deere tractors, antique clocks, and gas light pumps. For a short time, he tried his hand at furniture making and made a few very beautiful pieces. His latest project was restoring cast iron skillets. He was great at any project he took on and would learn how to do anything that struck his interest. He was also known as a passionate cook and Baker. He is most famous for his delicious chicken and dumplings and hashbrowns, which were often requested by his family. He always said that the most important ingredient in cooking was love.

Don was a kind and gentle soul. He loved his family so much and would be honored at the outpouring of love and sympathy for his loved ones he has left behind. Here is what Don's daughter, Debbie, wrote about him after his passing, which is a perfect example of what he meant and how much he was loved. “My hero, my protector, the greatest Dad and Papa in the whole wide world, left this earth today. To say I am completely heartbroken is an understatement. But, to know he is finally out of pain and no longer suffering is a Godsend. He is the best man I know, and he is and always will be my favorite! He was so funny, very dry, but so so funny. Witty, that man was quick! Stubborn, boy was he stubborn! He was so very generous to those near and far! He was probably the most intelligent person I know! He could build and or fix anything! He is the strongest man I know! Most importantly, he loved his family more than anything! Dad, I love and like you, and will miss you forever. Many, many, many more sleeps and I will see you again. Thank you for being my dad and for loving me and taking care of me always”.

Don is survived by his wife Charlotte and his children, Debbie Georgia (Mike) Stegmeir, Kim (Bryan) Drye, and Ronnie Wall, all of whom live in Arizona; Jeff Wall, who lives in California; and Donnie Georgia, who lives in New Jersey; his grandchildren, Tim (Cidney) Bullock, Kelli Bullock (Daniel Tobin), and Chase Donald Stegmeir, all of whom live in Arizona; and Tyler Wall, who lives in Oklahoma; his great grandchildren, Mason, Grayson, Sawyer, and Crosby, all of whom live in Arizona; his extended family, Laurie (Mark) Whaley, Travis (Joanna) Mathes, and his grandchildren Haden, Maggie, Lane, Lydia, Harley, and Owen are all from Missouri; his brothers, Marcy (Grace) Georgia, Bill (Karen) Georgia, and Michael Georgia, and his sister, Suki Georgia-Soltis, all of Arizona; and his brother and sister-in-law, Don and Dee Wideman of Green Valley, Arizona. He was preceded in death by his parents, Wilbur and Carol Georgia; his wife, Sally Georgia; his son, Glenn Wall, and his brother, Kevin Georgia.

A memorial service with military honors will be held at a later date.

To plant a beautiful memorial tree in memory of Donald Georgia, please visit our Tree Store

Share Your Memory of
Donald
Upload Your Memory View All Memories
Be the first to upload a memory!
Share A Memory
Plant a Tree