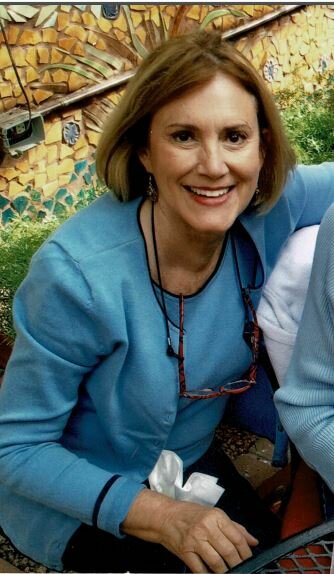 Sandra Leigh Turner, 74, passed away on September 29, 2022, in Tucson, Arizona. The world has lost a bright, joyous light.

Sandra was the daughter of William Holmes Turner and Bernice Dorothy Hardee Turner. She was predeceased by her parents, her younger brothers, William Holmes, Jr. and Thomas Henry, and many other family members and cousins but most recently her beloved cousin, Gail MacDonald Moore. She is survived by a sister-in-law Kay Turner of Georgetown, South Carolina, three nieces; Karen Pope of Georgetown, South Carolina and her children: Dr. Phillip Read Pope III (Kristen) of Raleigh, North Carolina, Caycee Pope of Summerville, South Carolina, Andee (Hunter) Pope, and great-nephew Reid Williams Smith of Georgetown, South Carolina; Daniella (Mark) Howard of Andrews, South Carolina and her children: William Matthew Howard and Whitley Makayla Howard of Rock Hill, South Carolina; LeeAnn (Samuel) Campos, of Oro Valley, Arizona, her children: Nico Samuel Campos, Lola Aquila Campos, and their sister Susan Elena Campos. She is also survived by two nephews, William Daniel Turner of Gilbert, Arizona, and Waylon Dwayne Turner, Waylon’s son Jordan Thomas Turner and his siblings Jesse, Milliana, Mia, and Aviana, special family Pati Kemp and Jose Parra, all of Tucson, Arizona, as well as countless other very special and loved relatives. She was known endearingly as “Aunt Sandy” by dozens of people. It has been said that “everyone should have an Aunt Sandy”.

Sandy also made her own family of dear friends: Delores and Woody Cox, Carolyn Gilmer, Anita and Fred Paoli, Jerry Hudson, Steve Hayes, Micheil Verbeek, Frank Clement Jones, Terri Goddard, Dianne Baron, Di DiAragon, Mary Pat Sullivan, Louann Snyder, Christy Klyver, Nivita Brown, Marty and Jose Ortiz and their children Joey, Luciano, Michael, Tiana, Elisa, and Johnny. If you knew her, you couldn’t help but love her, and you know she would be upset that this writer didn’t include you, too.

Sandy grew up traveling the South as a preacher’s daughter until the family settled in Andrews, South Carolina, where she attended grade school through high school. She graduated from The University of South Carolina in 1970 and became a schoolteacher, but soon found that her true passion was traveling the world as a flight attendant for United Airlines. She enjoyed working as a flight attendant for 30 years, many of those years internationally, exploring the globe with an open mind, brave and free spirit, experiencing new cultures and adventures every chance she got, until she retired in the mid-2000’s. She never left anyone out, always bringing gifts, toys, books, and art back to give to her friends and family from her travels. She lived in Denver, Hawaii, Ft. Lauderdale, London, Paris, and Las Vegas among other places, until finally settling in the beautiful desert southwest of Tucson, Arizona.

Sandy had a smile that would brighten even the darkest days, and was quick to help anyone, especially a loved one. If she couldn’t do it, it could not be done. She was a generous, light, happy, trusting, forgiving, and loving soul who spread positivity, optimism, and joy wherever she went. She was deeply missed the moment she left our world by so many people across the globe and will be missed by us all forever. She loved learning, exploring, children, beaches, Greece, delicious food, art, and most of all, she loved life and simple things like a good laugh with those she loved. She always had something up her sleeve to make things a little better for others, and a mischievous glimmer in her eye.

She was thoughtful and always sent postcards from the places she traveled. She sent our family a letter once while vacationing in Greece, describing all the lovely things she was doing, the vespas, the food, the culture, the experiences. It ended with this sentence: “Always remember, you are not only a citizen of America but really a citizen of the World – and it is an interesting place.”

Memorial services will be held in South Carolina, Arizona, Denver, and possibly other locations to be announced at a later date. In lieu of flowers for the family, please consider donating to a no-kill animal shelter or a cancer research foundation on her behalf

To plant a beautiful memorial tree in memory of Sandra Turner, please visit our Tree Store

Share Your Memory of
Sandra
Upload Your Memory View All Memories
Be the first to upload a memory!
Share A Memory
Plant a Tree